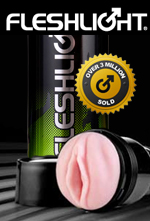 What do a gynecologist and a pizza delivery boy have in common?
They can both smell it but can't eat it.

How is a woman like a condom?
Both spend more time in your wallet than on your dick.

What's the difference between love, true love and showing off?
Spitting, swallowing and gargling.

How do you make 5 pounds of fat look good?
Put a nipple on it.

What should you do if you girlfriend starts smoking?
Slow down and use a lubricant.

What's the definition of a male chauvinist pig?
A man who hates every bone in a woman's body, except his own.

On little Larry's first day of first grade, he raised his hand as soon as the teacher came into the room and said, 'I don't belong here, I should be in third grade!'

The teacher looked at little Larry's records and told him to please take his seat.

Not five minutes passed when little Larry stood up again and said, 'I don't belong here, I should be in the third grade!'

Larry did this a few more times before the principal came along and the teacher explained Larry's problem. The principal and the first grade teacher told little Larry that if he could answer some questions that they could decide in which grade he belonged. Well, they soon discovered that Larry knew all the state capitals and country capitals that the principal could think of.

The teacher suggested they try some biology questions... 'What does a cow have 4 of but a woman has only 2?' asked the teacher.

'Legs!' Larry immediately replied. "What does a man have in his pants that a woman doesn't?' asked the teacher.

The teacher looked at the principal, who said, 'Maybe he should be in third grade, I missed those last two questions!'

Admiring Our Own Work

Two young lovers go up to the mountains for a romantic winter vacation. When they get there, the guy goes out to chop some wood. When he gets back, he says, "Honey, my hands are freezing!"
She says, "Well, put them here between my thighs and that will warm them up."
After lunch he goes back out to chop some more wood and comes back and says again, "Man! my hands are really freezing!"
She says again, "Well, put them here between my thighs and warm them up." He does, and again that warms him up.
After dinner, he goes out one more time to chop some wood to get them through the night. When he returns, he says again, "Honey, my hands are really, really freezing!"
She looks at him and says, "For crying out loud, don't your ears ever get cold?"

Two cowboys were sitting in a bar when one asked his friend if he had heard of the new sex position called rodeo. His friend says no, what is it?
Well you mount your wife from the back, reach around and cup her breasts with both hands.
Then say, "Boy, those are almost as nice as your sisters".
Then see if you can hold on for 8 seconds.